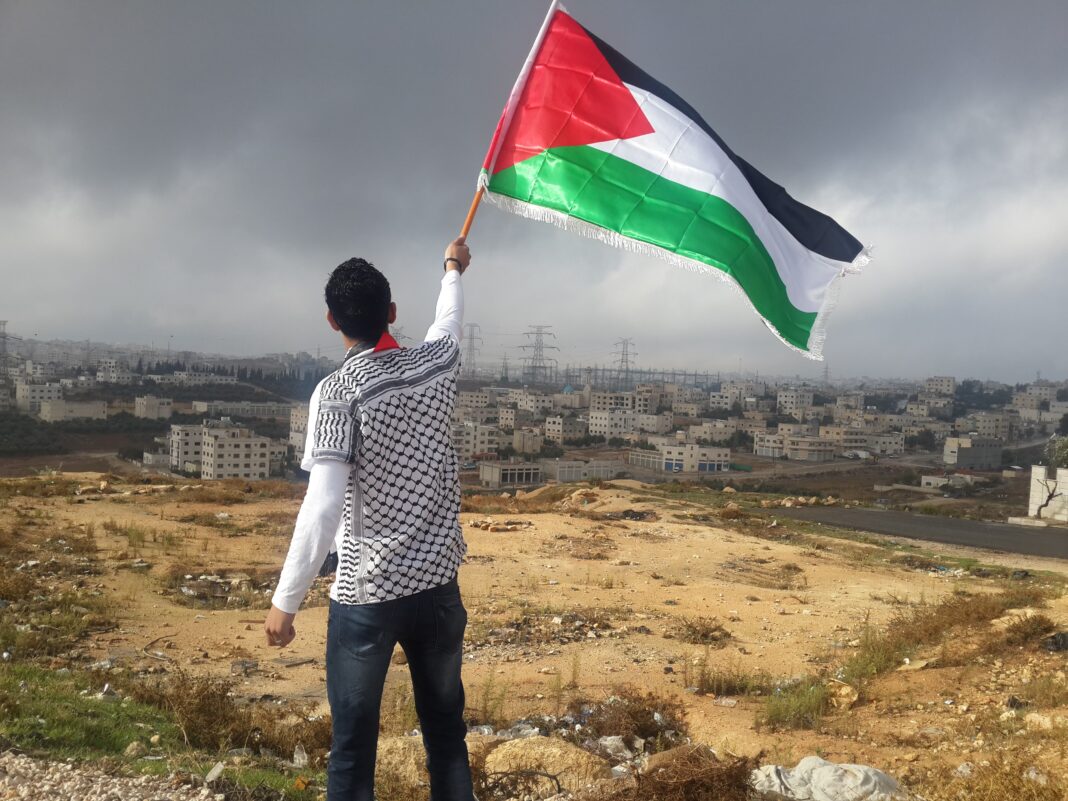 Over 50 years ago, Israel ripped the remaining Palestinian territories away from the hands of their desperate people — from those who were still clutching on to the last remaining parts of their homeland with all their might. It has been over 50 years since the occupation of Palestine’s remaining lands by the State of Israel, so why are Palestinian lives still being destroyed today and why still has no peace solution yet been found?

Growing up and being educated in England, I had honestly never even heard of Palestine until I was 17. Israel, yes. Palestine? No. After all, Western education teaches young, impressionable minds the history it wants them to believe — rarely the truth.

It was only in my 20’s that I really started to explore the story of Israel/Palestine further, and to this day, each time I read about it or see something on the news to do with the conflict, I still can’t believe that it has happened and that Palestine is still illegally occupied. I still can’t fathom how a modern-day systematic genocide is taking place and how everyone seems to be complicit or turns a blind eye.

Where is the humanity? Or is humanity only selective?

Now, I am really no expert, but today I’ll break down the Israel-Palestine conflict for those who may not know much about the situation in an as easy-to-understand way as possible.

How did it all begin?
Small groups of Jews have always lived in Palestine. It was home to Muslims, Christians, and Jews; the latter lived in small groups amongst the indigenous Palestinian people. The 1940s were a hugely troublesome time for Jewish people as most of us are aware, and many were fleeing harsh persecution in anti-Semitic Europe, especially from the Nazi holocaust, which murdered millions of Jews heartlessly and unjustifiably.

Palestine was a British colony, and Zionists encouraged mass emigration to the country. Jews were finally going to have a new place to call home, something which they were so desperately seeking.

The State of Israel was created through the United Nations 1947 Partition Plan, which offered the Jewish immigrants most of the land of Palestine to claim as their own country, despite it already being home to the Palestinians.

This massively destroyed life for the Palestinians. Imagine it happening to you: someone marching into your house, claiming it as their own, and forcing you to live in a cupboard.

Obviously, the Palestinian people were not happy and rejected the UN’s plan, leading to several Arab states subsequently invading the new State of Israel. Fighting begun and from the time it began to when it ended in 1949, Israeli forces erased over 400 Palestinian villages and towns and ended up controlling 78% of historic Palestine. Hang on, it gets worse.

The 750,000 Palestinians who had fled or were expelled during the fighting tried to return to their homes, where the new State of Israel stood, but horrifically were permanently barred by the Israeli government. Simultaneously, the 100,000 Palestinians that didn’t leave during the fighting suddenly found themselves as second-class citizens to the Jews.

Over 50 Years of Occupation
Unsurprisingly, Israel never defined its borders, which means that during the Six-Day War that took place between 5th and 10th June 1967, they were able to take control of the remaining Palestinian territories including the West Bank, the Gaza Strip, and East Jerusalem, as well as Syrian Golan Heights and the Egyptian Sinai Peninsula.

Military occupations are meant to be temporary — however, after a whole 50+ years, this one looks like it is pretty much permanent, with the Palestinians living in those occupied areas having to endure struggle after struggle.

From what I know of Judaism, it is as beautiful and as peaceful a religion as any other, promoting equality, peace, and brotherhood. Israel was created as a Jewish state; therefore, you would think these same principles would be at the core of its foundation. But, no.

Israel, rather than following the core values of Judaism, was built on a blueprint of exclusion where the Israeli government wanted maximum land and resources for the Jews, but not for the Palestinians. No equality at all.

Today
Today, Palestinian refugees and their relatives number in the millions, many living in refugee camps seeking nothing but to return to their homeland. Inside Israel, although Palestinians still make up 20% of the population, they are denied special privileges that are reserved only for Jews — such as rights to land and housing.

Since the occupation over 50 years ago, Israel built Jewish settlements throughout the occupied West Bank, building Jewish-only cities and providing them with infrastructures such as roads and schools. Here, the Palestinians and the Israeli-Jewish settlers live under two completely separate and unequal systems of Israeli law, where even water and natural resources are restricted for the Palestinians.

To maintain the occupation, Israel has made life so difficult for the Palestinians that they will either leave or be too afraid to resist, by destroying thousands of Palestinian homes and orchards, bombing the captive civilian population in Gaza, and punishing resistance with raids, arrests, and assassinations.

Can you even imagine what it must be like to live in a land where all you have ever known is the occupation? That’s a reality for all the Palestinian refugee children in these occupied areas, and will probably be the reality for generations to come.

Peace Talks
Those words are an actual joke.

Almost three decades of US-backed ‘peace talks’ have only made the situation worse. These ‘talks’ are a theatrical cover-up that allows Israel to continue its illegal occupation and to snatch away more and more lives, land and rights away from the Palestinians.

Add to this the fact that the Israeli military is the biggest recipient of US foreign aid — and is therefore enabling Israel to completely destroy Palestine — and you truly realise the extent of how fake these ‘peace talks’ really are.

Non-violence is the answer
Well, the ideal situation to reach a peaceful and secure future for both sets of people would be a two-state solution, but the likelihood of this happening is not very high.

I believe harmful patterns need to be broken here for any of this to be resolved, and in the way of consciousness, through judgment and taking on a state of victimhood after the Nazi holocaust, the Jews in Israel are literally reproducing their past, but this time taking on the role of the oppressors, rather than the oppressed.

With non-violence being the only way in which real, true and lasting change has been achieved in this world, the Palestinian people too, despite the pain and hardship they have endured, somehow as a people, need to forgive the Israeli’s and together move forward towards a better future. This isn’t a small thing to ask, not at all, but as Albert Einstein said,

“No problem can be solved from the same level of consciousness that created it.”

Will this ever happen? In my lifetime, probably not — but it definitely could if both sets of people can stop their judgment of one another and of the past, and learn to forgive. I honestly think that solves everything.

In the meantime, I will continue to dream and hope and pray that one day, Palestine will be free, as right now that’s all we can really do.