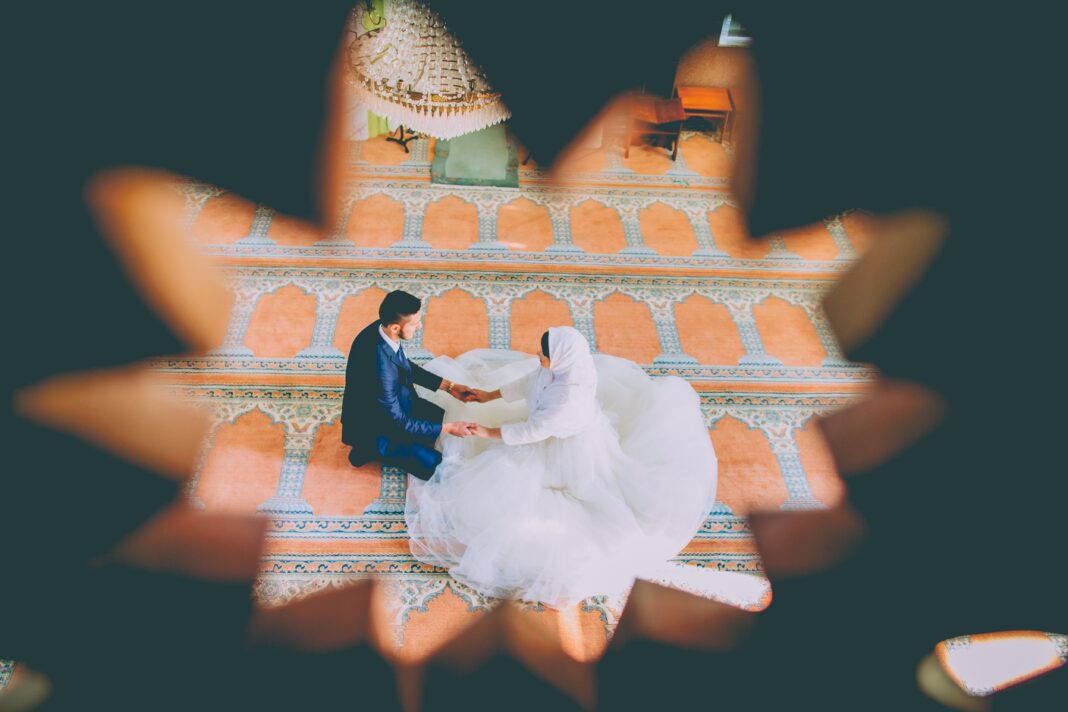 Growing up
Spending my childhood in a predominately white community in the EU, then moving to the UK amongst the Asian community in my teens was a significant transition to comprehend. While it was nice to experience Pakistani culture first-hand, it was also difficult to understand some of the cultural expectations, despite growing up in a modern Pakistani household.

Coming from a Punjabi background and having family and friends with similar backgrounds, any other ethnic background was always frowned upon; perhaps not consciously but as a part of normal routine life.  Ten years ago, I quickly learned at college that my group of friends spoke not so greatly about people from different backgrounds, i.e. those from Kashmir or Bangladesh, and held very stereotypical views of other castes.

At the time, I really thought they were right, as I had very little interaction with any Asian communities other than those with a similar upbringing to mine.  It also became apparent that marrying someone from a different caste or ethnic background would not go down very well with my extended family or friends.

Years flew by and with them came wider interactions, university experiences, new colleagues and connecting with a diverse range of people. That is when I began to really think about my perceptions, as well as those held by my family and friends.

Meeting My Husband
During this time, I also met my now husband who, surprisingly, does not have ancestors from the Punjab origin of Pakistan. How I told my family is a story within itself, of course! They did eventually get on board which was difficult, but letting extended family and friends know was much harder. Through each stage, I truly felt that I was being made to reconsider my decision simply because my husband’s grandad was not born in the same region as my grandad! Each time my parents discussed this topic, our social circle assured them that this will not work and how it’s embarrassing for them to maintain relations with me and my parents.

These people were well educated, on highly professional posts and not from the older generation. My first cousins, who are from the same generation as myself, did everything they could do to make me and my family feel ashamed of marrying someone who wasn’t a Punjabi – from making sarcastic comments to mocking. Wanting to keep the peace, my family did not react to this. I followed suit and got married, regardless of being told by a very close family member that my marriage will not last more than four days as “Kashmiri people tend to have more than one wife” and I could “never fit in their culture”.

During the last seven years, my husband and I have experienced all kinds of insults and so have our families. Nothing is ever said to my husband or his family to their faces, however, the behaviour and attitude of my extended family is very apparent. Again, to keep the peace, no one has ever been confronted.

Family Differences
Having my first baby changed a lot of things for me; it made me reflect upon my experiences to ensure that I raise my children to break our cultural stereotypes. Seven years on, I compare my “modern” Punjabi family to my husband’s “backward” family – truly, there is no comparison.

My “modern” family are well-established, highly educated and in competitive professions. Yet they do not think twice before mocking people, being prejudiced and stereotyping others, made especially clear by their hatred towards marriages which aren’t within the same or higher social circles as them. Freedom to them is staying out till late, partying all night and wearing what they want. Yet they do not possess the freedom of thought, acceptance of other cultures or even respect. This is the new modern Punjabi generation, not the people who brought the culture to the UK decades ago.

Before moving in with my in-laws, I had never been surrounded by people who accept you for who you are. Hearing all the derision before marriage, I expected at least a bit of what my family expected from a totally different culture. But they couldn’t have been more wrong – in fact, I had never felt freer in my life!

For the first few years of my marriage, I was mostly in shock with my in-law’s thoughts and perspectives.  To them, freedom is defined as freedom of choice, accepting others and respecting them. Despite me living with the in-laws for around 5 years, there was no judgement passed on how my husband and I wanted to lead our lives. At times it felt like a dream which was bound to end soon.

My husband was expected to fail in, perhaps, every single aspect of life, despite being well-qualified and having an established career. He is self-made. His success today is down to his efforts and hard work whereas my inherited privileges gave me a helping hand with mine. Somehow, the expectation from my extended family was for my husband and I to fail within our marriage, even in our careers and, I guess, overall in life. To their surprise, this did not happen, and I am humbled to say that it went the other way.

Breaking Stereotypical Perceptions
Through this one decision of my life, I have been able to experience first-hand how difficult it is to break the typical stereotypes that exist amongst our communities. It has not been easy; partly because I was conscious of how me speaking out will affect my extended family’s relationships with my parents. At times, I do think had my parents given up under the pressure of my extended family and I was not able to marry my husband, where would I be? I am also thankful that my experience has not only changed my parent’s perceptions, but it has also enabled them to respect and accept diversity.

However, the ridicule has not ended. Instead, it has been passed on to the next generation; the new generation, our future! The generation who has adapted and become accustomed to the modern-thinking British culture but remains conservative and narrow-minded when it comes to interactions within their own communities. Take, for instance, my 13-year-old cousin, who recently asked my husband: “aren’t you a Mirpuri though?” followed by a sarcastic laugh. This is not something they are born with. This is what we are teaching in our homes, schools, mosques and community centres. We aren’t raising a generation who is not racist, we aren’t raising children who are respectful and acceptant of other religions or cultures. Instead, we are continuing the cycle of prejudice and stereotyping without realising.

Having a highly professional career within the pharmaceutical and healthcare sector, I began to realise that it isn’t just my family. This is a wider issue within South Asian communities, where the sense of having a higher socio-economic status takes over and, as a result, everyone else is perceived to be less than them in every way. Passing this culture onto the younger generation has been a norm and it is cemented in their upbringing.

It is all well and good to attend BLM events and act as ambassadors of fighting against racism, but this is selective activism – why aren’t we just as active in changing the discrimination within our own communities? Racism is not just a war between different coloured groups and classism isn’t just a battle between the different socioeconomic backgrounds within Britain. Racism and classism exist amongst our own communities – this needs to be addressed and demolished.

It isn’t the white community who is making jokes, it’s us making jokes about those who belong to our own community. I often hear people saying that, as ethnic minorities, we get asked “where are you from” and if answered with “UK”, we get asked “but where are you really from?” Overall, as an ethnic minority South Asian group, we are against this. But do we really follow this within our own culture? If we want to be accepted as British Asian citizens by the white British community, then why aren’t we starting with accepting each other first? Why are we so resentful to one another? Why can we not tolerate a Pakistani tailor’s son being a consultant in the UK? Why can we not accept that the third generation of a Kashmiri immigrant is studying Architecture in our daughter’s university group?

Coming from a privileged background does not give us an automatic right to slander others who have worked extremely hard to be able to have the same opportunities available to us. Marriage is a very personal choice and if you do not agree with anyone’s choice, that’s fine. But it does not mean that, based on your limited experience and interactions, you insult other communities. Someone’s ancestor’s place of birth or their culture is not the deciding factor in the success of your marriage.  The damage that this does to people is irreparable.

The caste system or where someone’s ancestors are from should not be the base of any relationship. I see struggles of people finding suitable companions and part of the reason, especially with arranged marriages, is the caste criteria. Each household and family is different regardless of whether their grandparents or parents are from the same region or not. If you think being married in a same/similar caste will provide security and assure happiness, please think again. All marriages and relationships require work, attention and respect. There are no guarantees that a marriage will last a lifetime and be all happy endings. People and situations change; that is something we need to accept and be mindful of.

I truly regret not having been a loud advocate of this issue for the last decade and for not confronting people, just for the sake of keeping peace. I hope that my experience can at least make you think of ways in which you can be more open to other people’s cultures and lifestyles. I truly hope that, as a community, we can accept each other’s differences, respect boundaries and perhaps make sound decisions based on the individual, rather than the stereotypical stories about their community. We cannot call ourselves anti-racist and be advocates for equality when racism and classism exist within our own homes and cultures.