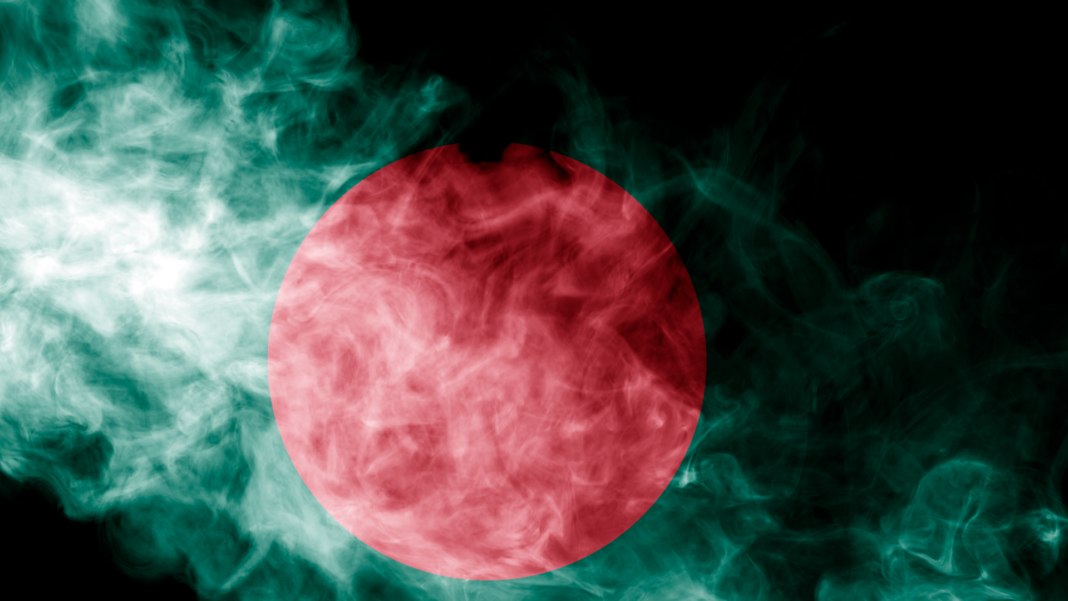 EDITOR’S NOTE:
This article was originally written for The Rights Collective. Please see here for this and other blogs in their series: https://www.therightscollective.com/blog-1

Remembering
Growing up, I paid very little attention to Bangladesh’s war of independence. Both sets of my grandparents live(d) in Bangladesh and I only visited twice as a child. Both my parents would have been very young at the time of the war, my mum was born on the 1st anniversary of the liberation. In many ways, I felt very removed from Bangladesh itself and spent most of my childhood trying to find myself here, in the UK.

And yet, Bangladesh did remain “home home”. After finishing my university, armed with a new sense of pride in my identity, having gone through the student politics scene, I made my way back home and for the very first time asked my family about the war. My nani’s stories in particular were painful to hear. They were those of seeing bodies in pits, carrying Qurans tied to your chest as the women and children were moved to canoes on rice paddy fields, in the hopes they would be spared. She laughed as she told me stories of local vendors putting chillies in the “panjabis’” (the militia) street snacks and teas. She recounted one story of a woman who dropped her child, not knowing where she had lost her baby. I wonder how my nani, who would have been pregnant with my mum, survived it all. And she said she was one of those women who hid. It was such a mix of terror and pain, told to me in a matter of fact tone.

The Liberation War
Friday 26th March 2021 marked the 50th anniversary of Bangladesh’s liberation from Pakistan. Having won independence from Britain, Pakistan (formerly West Pakistan) ruled over the people of Bangladesh (formerly East Pakistan). It controlled their water supplies, did little to invest in the area’s infrastructure and allowed for economic inequality to rise. Although only 2.3% of the population spoke Urdu, Urdu was forced through as the national language. Tensions were already high and resistance was rising. In 1952, three students were murdered whilst protesting for Bengali to be recognised as a national language.

In 1970, Sheikh Mujibur Rahman’s (now the founding father of Bangladesh) political party won a national election but the Pakistani parties refused to hand over power. As tensions continued to rise, the Pakistani military launched “Operation Search Light” with the aim to scare the nation into submission.

60,000 were said to have been murdered in twenty-four hours, a bloody start to a gruelling nine month war.

Passing down of stories
To commemorate the anniversary, Nijjor Manush organised an event to encourage individuals to share snippets of what they had heard from their families or experienced themselves. Uniquely, it attracted multiple generations – from people who have fought or lived through the war to those who had heard little about it. Memories were shared in sylheti, shudo, “benglish” and english (with English translation in the chat). One aunt commented how she was overhearing stories from her daughter’s laptop, and then felt the urge to take part and share herself.

The stories told were deeply personal – not only for the individuals sharing – but as a people. Within the space of an hour, there were stories of entire families being shot, women taken, doctors and teachers being murdered, protection of neighbours, displacement and hiding. Many in the chat commented how they had heard similar stories – across villages, towns and cities.

Those of a younger generation commented on having to ask their families for these stories, sometimes having to piece together and take meaning in what was not said. Dr Fatima Rajina, an academic who has conducted oral histories, explained the language used, for example “women’s honour being ruined” – equating to rape and torture.

These are not stories acknowledged or shared openly. We are not raised hearing about the war with pride. They are locked within, shared only when asked. And more often than not, no one is asking. As elders shared their stories, it made me wonder whether we would remember these stories after they passed and what stories would they be taking with them?

In the quiet, our elders have been carrying this trauma. The death toll of the war is estimated to have been between 300,000 and 3 million people, with hundreds of thousands of women raped. An eye watering figure that is difficult to comprehend. Farzana Khan, a writer and Executive Director for Healing Justice London, tweeted “#JoyBangla those celebrating Liberation. There’s a[n] era of silence after genocide/tragedy. Many parents don’t speak about their pain/trauma but we inherit it… Remember we come from revolution, resistance & resilience too”. There is no communal therapy after war, there is no communal healing.

Importance of remembering
As stories were shared, some uncles read notes they had written in preparation – recalling names, streets; there was an air of humility and pride. The recounts were highly emotional and moving and there were many requests for recordings for the purposes of documenting these stories. After each recount, the elders thanked the younger generations for listening and asking, and in turn we thanked them for sharing.

The sharing of such stories can be healing, empowering and inspiring. For me, it helped me understand the tensions between the Bangladeshi and Pakistani communities today, something I have in past arrogantly brushed aside as “nationalistic pride”. It helped me appreciate why our elders hold on to Bangladesh so tightly, many of us being forced to go to bangla fora (school) to learn the language.

It is not advisable to ask people about traumatic experiences without any thought around how that would impact them (or you), and it goes without saying that you should not record people without their consent. However, I do encourage you all to take the time to find out more about your own family’s legacies. This will require the building up of relationships, strengthening of language. The last year in particular has been difficult for many, and filled with loss as our communities were greatly impacted by the pandemic. Unfortunately, 50 years on, the living history we have of this time will not be around for much longer. It is up to all of us to cherish it and make sure it is not lost.

Hajera Begum is part of تحریر // Tehreer, a 6-month writing group housed within The Rights Collective which supports writers who identify as South Asian to develop their own voices in writing about social justice. She is part of Nijjor Manush, an independent campaigning organisation that aims to educate, empower and organise Bengalis and Bangladeshis in the UK. Twitter: @haj_eraa

Article co-edited by Taimour Fazlani, a mentor for the تحریر // Tehreer 2021 cohort. Taimour runs Expert By Experience, a volunteer-led anti-imperialist platform that creates a dialogue around mental health in South Asian communities through an intersectional and critical lens.