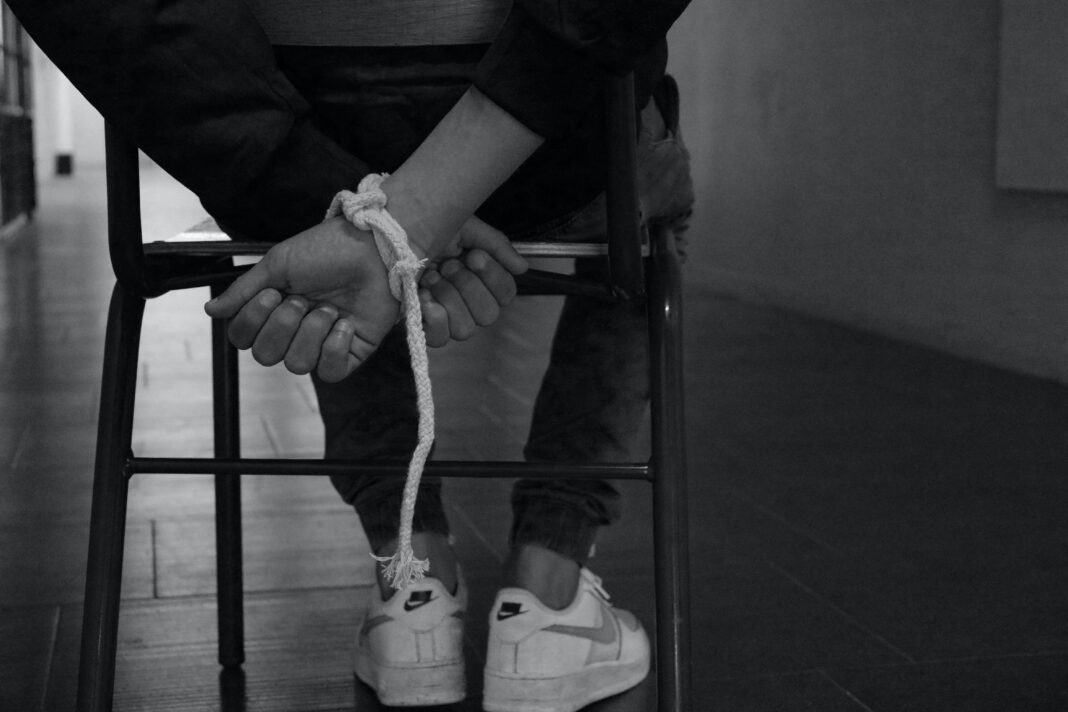 Greater Manchester’s Police and Crime Commissioner has welcomed the Modern Day Slavery Bill, which has been announced in the Queen’s Speech.  Ghazal Chaudhry discusses the severity of modern day slavery and how this will change if the Bill becomes a law.

The thought of slavery existing in today’s society is an unnerving thought for most people and yet it happens. Even with all our human rights laws, there are people within our own country who are being deprived of their most basic rights. Slavery is defined by law as “the status or condition of a person over whom any or all of the powers attaching to the right of ownership are exercised” (The Slavery Convention 1926). Even though it is illegal in every country that it is practiced, International Labour Organisation has estimated that 20.9 million men, women and children around the world are in slavery.

Recently, it has been decided that Britain will hopefully be taking further action against this horrific trade. In the new Bill, which is hoped to become law, the ability to persecute traders and aid victims will become a lot less problematic.

Many people remain unaware of how well spread out slavery actually is and jus how many people are forced into disgusting crimes and activities on a day-to-day basis. Victims of slavery and trafficking are degraded and deprived of their dignity most viciously. They live in unhygienic, deadly conditions and are punished for disobedience towards their “owners” severely.

In the United Kingdom alone, it is said that 4000 people are living in slavery and that this trade is thought to contribute a whopping £130m to the UK’s black economy. Many of those who are trafficked are women and children, who are brought in from other countries and sold for their bodies and labour. These people are rarely paid, repeatedly abused sexually, are starved, beaten and assaulted in ways from which they may never recover. The ages range from as little as six to twenty four; they are trafficked for a variety of purposes such as child pornography, sex, labour and organ harvesting. These people are cut open and robbed of their organs so that traders can make some money off them.

Unnerving statistics tell us that the trafficking of pregnant women is becoming increasingly common.  As they are brought over and their babies are taken and sold into the sex industry, these women are often executed if they do not cooperate and are otherwise forced into prostitution. Globally, one in five victims of human trafficking are children; small children are used as labourers because their tiny hands are believed to be more apt for tedious needlework and the untangling of fishing nets.  These children are also subjected to sexual violation, are often filmed for pornography and beaten mercilessly.

Slavery is at its peak and slaves have become much cheaper than they used to be with population explosions and an increase of vulnerable people in developing countries. Many slave drivers and traders often buy their way out of trouble, while the victims are punished for crimes they are forced to commit.

Although there are laws that prohibit such heinous crimes, there are many loopholes which disable the government when attempts to prosecute are made.  Similarly, the victims are often deemed criminals and deported back to their country, where they again face the same situations and are trafficked again. Despite a high level of political commitment around the world, the implementation of laws remains very uneven. ‘The Global Summit To End Sexual Violence in Conflict’, that just took place in London between 10-13 June, is the largest to be arranged on this subject, aiming to raise awareness and bring change and support for victims. A change is much needed and has rightly been suggested in the Queen’s Speech 2014, under the section of ‘Modern Day Slavery Bill’, that is hoped to become part of the law before the general elections.  Drafted and forced into consideration by The United Kingdom’s Home Secretary Theresa May, the Bill aims to save victims and punish the true criminals and in doing so, put an end to the human rights violation that is modern day slavery.

Tony Lloyd in complete agreement to the new Bill says passionately: “Those who indulge in this vile practice will face life in jail under these new laws and victims will be entitled to reparation. This sends out the message that the UK is a country that will take a stand against this barbaric practice. Many of us have been campaigning on this issue for years, and the Home Secretary deserves praise for putting this firmly on the Government’s agenda.”

“A Bill will be introduced to strengthen the powers to prevent modern slavery and human trafficking whilst improving support for victims of such crimes,” Queen Elizabeth said in her Speech.  In the passing of the Bill, the central focus will be on the victims of these unspeakable crimes, helping them out of their current situations and restoring their lives. Before now, victims were more often than not prosecuted as criminals.  In reference to this, Baroness Butler-Sloss, one of the committee’s members, rightly stated, “Apart from the fact that this would be morally wrong, it is also self-defeating.”

In accordance to previous issues and flaws in the law, the new Bill aims to punish and prevent with measures introduced to increase severity of punishment, as well as restricting all methods of trafficking and slavery by introducing strict regulations, covering loopholes to allow easy investigation and captures in areas suspected to house slave drivers and traffickers. The Bill will provide law enforcement with stronger tools to terminate modern day slavery.

It has been for centuries that Human Rights have been fought for and it is shocking to think that some people are still not given their uttermost basic rights. What is more disturbing, perhaps, is the thought that if a developed country like ours is facing these crimes in such high numbers, how much more must it be in developing countries, where the vulnerable outnumber the strong and stable?  The United Kingdom’s slave population is a combination of British nationals and foreigners, the most easily abducted and vulnerable are children and these children can come from any class and family when a skilled slave driver or trafficker is involved.  This strongly suggests that, as long as the crime continues, everyone’s children are in danger.

The government has high hopes for the Bill being accepted as law and believes that it will aid law enforcement to “Stomp out Modern Day Slavery”. Tony Lloyd says, as those around him will surely agree, “I strongly welcome the introduction of this Bill. Modern slavery is a scourge which has no place in the 21st Century.”