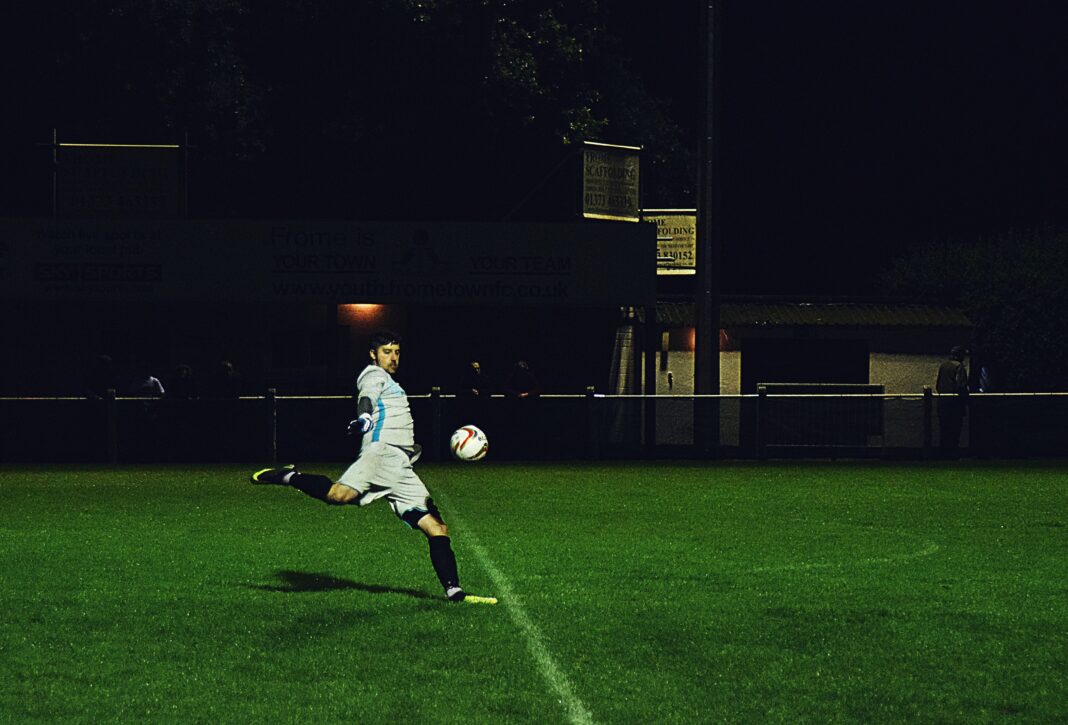 For the past year, it has dominated headlines and dictated our lives. I am not referring to Brexit, which in amongst itself has been a constant topic on everyone’s lips. I am indeed talking about the Coronavirus. What started in October 2019, it’s believed (hence the name), has been an issue that’s still just as prevalent now as it was over 12 months ago.

The virus has affected all aspects of life. From working and shopping, to getting a haircut and seeing your loved ones.  Supermarkets were rationing, which in turn lead to a royal rumble in its own right. And now, the UK is in yet another lockdown, where once again everything is closed.

This has also affected the sporting world, with many of the sport stars we adore and idolise being struck with the virus.  Juventus striker, Paulo Dybala, and Manchester United midfielder, Paul Pogba, are some of the high-profile names to have been affected by COVID-19, as well as British born Muslim cricket player, Moeen Ali.

Sports have continued, but not with some of the world’s best athletes. Football matches have been cancelled or rearranged and sports like snooker are just competing in one arena. The recently concluded Masters tournament, which is traditionally held at Alexandra Palace in London, had to be moved to Milton Keynes.  Cricket has been the same, too; the test series between England and Pakistan were played in two venues only, Southampton and Old Trafford, even though there were more than two test matches.

However, this hasn’t stopped the media and government from slamming the sporting world for setting a bad example during the pandemic. From coming under increasing scrutiny by them after breaking lockdown rules to being demanded by Matt Hancock to take a pay cut, it seems sports players (footballers in particular) are being blamed for the rise in Covid cases.

Don’t get me wrong – there have no doubt been multiple occasions in which sport players have been breaking rules; incidents such as India’s cricketers being seen at a Melbourne restaurant and Serbian players Milivojevic and Mitrović being seen together, despite them playing on the opposite sides of London (Milivojevic in Crystal Palace South London, Mitrović in Fulham West London). England and Manchester City defender Kyle Walker, also fell afoul of Covid rules after the right-back invited escorts to his house.

But the one case which really took the biscuit was Manchester United’s women’s team taking a trip to Dubai, which the manager Casey Stoney has since apologised for. A team-building trip some may think, but the fallout was dramatic as many games in the women’s Premier League have been cancelled due to Covid since. It’s been argued by observers and critics that if United’s ladies’ teams didn’t go, then those games wouldn’t have been cancelled. This has perhaps caused a knock-on effect in this current time for the women’s game.

So, yes, sporting stars are breaking rules and setting a bad example. However, I can’t help but feel that sport is often unfairly targeted. From racism and their luxury lifestyles, to insisting that they “take a pay cut and play their part” and now Covid – sport is not solely responsible to fix the problems of society on the whole, regardless of the amazing and selfless efforts by footballers such as Manchester United’s Marcus Rashford, who led the campaign to provide free school meals to underprivileged children during the summer holidays last year.

Last month, Prime Minister Boris Johnson was caught going for a seven-mile bike ride, which lead to fresh debate as to what constitutes to ‘local exercise’. This is the man who addresses the nation with breaking announcements every other week, urging us to “stay home, save lives and protect the NHS”.

Now if our leader isn’t following the rules, then how can we single out sports stars? How can we criticise football players for setting a bad example, such as Aston Villa midfielder, Jack Grealish, who left his house during a lockdown after addressing the public only 24 hours earlier not to do so, when the nation’s Prime Minister has done the exact same?

Being stuck at home, unable to leave the house and staring at the same four walls, football and sports, due to its power of uniting people and evoking the most passionate of emotions, have been a form of antidote for many, particularly those who have mental vulnerabilities during this lockdown. In what has been a repetitive routine for many of us – waking up, eating breakfast, working, having dinner then going to bed – the beautiful game may change the routine a little. This change of routine that football brings may just be that ray of light for us in these tough times.

So, what is the solution? How can sports blossom in these strange times? Quite simply it can’t. From a personal viewpoint and a selfish one, I would love for sports to continue, but those players who perform on the pitch week in week out are human beings. The virus isn’t going anywhere any time soon and it’s unfair that these men and women are risking their own health to appease us, the general public. Sport brings happiness and joy to people but it should never be at the expense of someone else’s.

There needs to be an end to sports for the time being. Football and other sports are being used as a scapegoat for the lack of control of the virus. Goal celebrations have been outlawed almost and the request for social distancing between the players has been asked, too. It’s time that the UK government takes ownership of a problem that they haven’t managed well and stop blaming sport. If this blame game continues, sports may come to a stop and sports fans most certainly don’t want that.