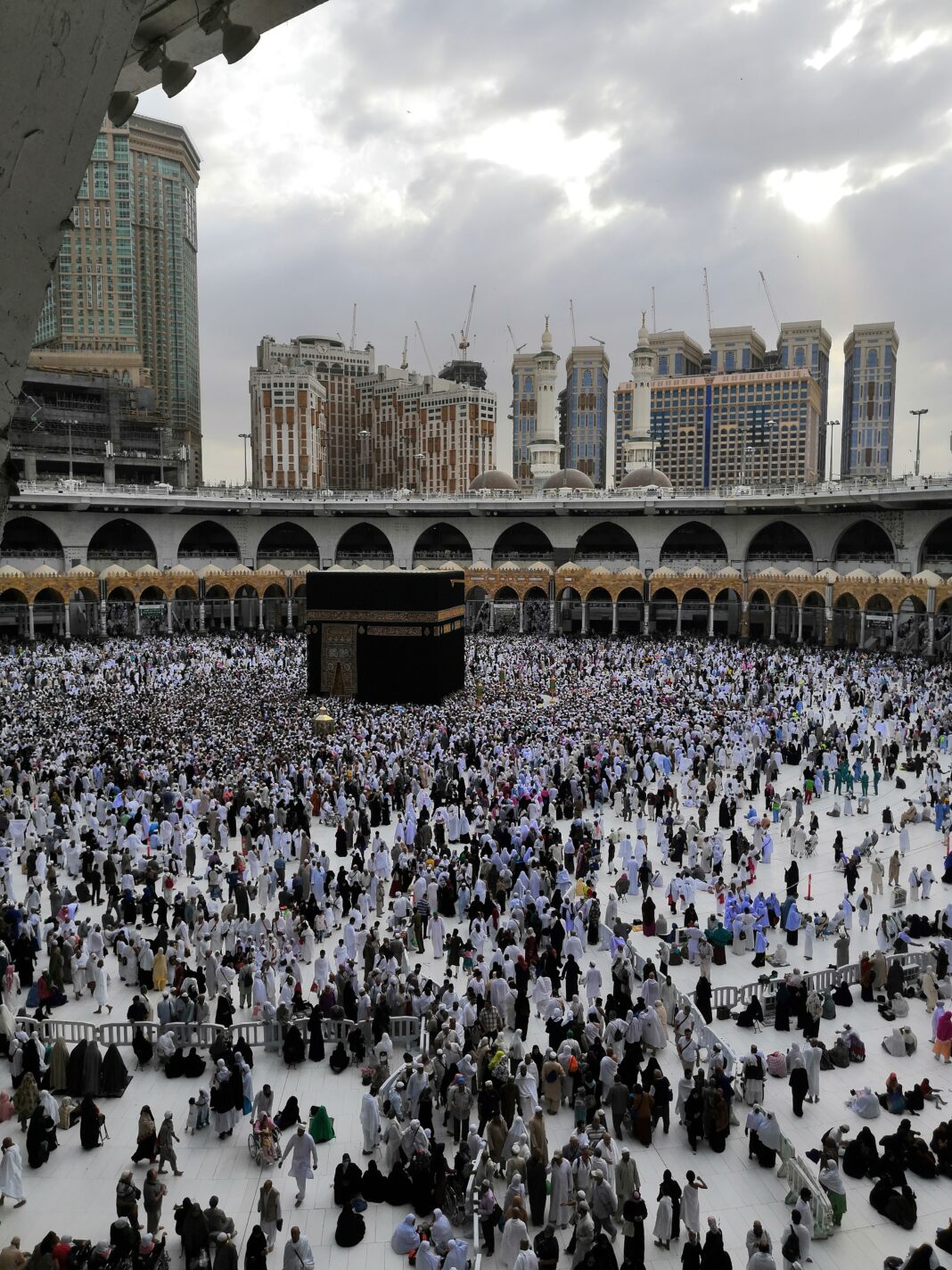 Last month, in the most devastating disaster to have hit Saudi Arabia in a long while, over 2000 people were crushed to death when a stampede took place, making this the most deadly tragedy in the history of the annual pilgrimage.

Imagine the terror in the hearts of those who were injured and those who were killed. This was supposed to be one of the most memorable, most special and most spiritually enlightening experiences of their entire lives; instead, thousands were crushed to death while almost another 1000 people were intensively injured – and the death toll is still rising. Body pressed against body, high-pitched scream over muffled shout – my heart and mind hurt even just trying to imagine what those in the stampede must have experienced.

I have heard so many cries of “Subhan’Allah (Glorious is God)! They died in the most beautiful place!” and “They are martyrs – they died in the way of their Lord” – and although I don’t fully contest that they are or that they did, I do not understand how people upon hearing the news could overlook the fact that this terrible, terrible tragedy could have very possibly been avoided.

For those who are not aware, Hajj is the annual Islamic pilgrimage to Mecca whereby millions of Muslims from across the globe descend on the holy city to perform a series of rituals and religious practices demonstrating their submission to Allah (God). The ritual of the pilgrimage to Mecca is considered to date back to the time of Abraham or Prophet Ibrahim, as he is known in Islam, which culminates in the sacrifice of an animal followed by the three-day annual festival of Eid-ul-Adha which for me, symbolises the love for and the complete submission to the One who created us. The sacrifice of usually a lamb or a goat is symbolic of Abraham’s willingness to sacrifice even his own son for the sake of his Lord – and in the same way, teaches us that everything that we think is ours or belongs to us, doesn’t, and ultimately has come from and will return to Him.

Many reports have emerged as to why the stampede at Jamarat Bridge in Mina (just outside of Mecca) occurred: some say that it is the fault of the pilgrims themselves for not adhering to set timetables, while some conspiring evidence has come forward that in fact, the stampede arose from road closures around the areas, forcing people together from opposite directions. But why were the roads closed during one of the busiest periods? And why were there no facilities put in place to avoid a disaster like this occurring, when it has happened repeatedly, albeit to a lesser degree, in the past?

Saudi Mufti, the countries top religious leader, has come forward with a bold statement, claiming that the Hajj stampede was beyond human control and that the authorities are not to blame for the deadly crush, adding “fate and destiny are inevitable”. But of course he was going to say that – after all, he is just another puppet whose strings are controlled by those in power.

Saudi Arabia, to me, is one of the most corrupt countries in the world but I won’t delve too deeply into my reasons for that right now, otherwise we will be here for a long time. However, I believe to anyone looking in, the problems the country has especially when it comes to Hajj are so easily visible from the outset – and it can easily be seen that the essence of the holy pilgrimage has been swallowed up by those in power, who worship themselves and their capital, above and beyond any Lord.

Hajj has become a massive money-making scheme for the country – it is an economy in itself and goes completely against the principles that the Prophet Muhammad brought forward and is exactly what he came to abolish. Hajj is not accessible to everyone anymore – the expenses of Hajj to the ordinary person have increased dramatically over the last ten years or so. People are taking loans out just to cover costs then spending a great portion of their lives trying to pay them back. I’ve even seen Hajj being advertised as some kind of holiday! Fly first-class, stay in this 5* hotel overlooking the Kaabah (the holy house), eat at this top-class restaurant etc. Hajj is supposed to be easy for the pilgrim – you should not have to put yourself through hardship in order to fill the pockets of these money-worshipping fools.

Additionally, you would think that with all the money they make, the authorities would put some limitations on the amount of people they allow in to perform Hajj every year, or at least put a proper system in place, to ensure that the pilgrimage runs as smoothly and as safely as possible. But no, this requires sincere dedication to the holy cause and it simply, will not happen.

As I mentioned earlier, reports emerged that road closures caused the stampede. It was claimed that roads were closed off to allow a royal party to attend one of the pilgrimage rituals, creating a fatal bottleneck effect and ultimately causing the deaths of over 2,000 people. If this is true (and to be honest with you I believe that it is) this is once again going against one of the most fundamental principles of Hajj and of Islam itself: equality. To close off roads to allow a royal party to pass through easily and calmly baffles my mind!

Those members of the royal party themselves should have been right in the thick of the crowds; hot, sweaty, dressed like everyone else, waiting in line like everyone else. Not being chauffeured along because society has told them they are better than everyone else – no, no, no. The whole point of male pilgrims wearing plain white cloths and the whole point of the female pilgrims wearing the same plain black or white gowns and head coverings is so that no poor person can be distinguished from a rich person. It is so that every single person who has made their way to Hajj in solidarity with one another, with Islam and with the intention of complete and willful submission to Allah, is equal regardless of wealth or status. But once again, here we have a wonderful example of how the authorities and the royal family live in and rule an Islamic country, yet somehow manage to completely do the opposite of what this religion of peace and love teaches.

I believe fully that if the correct measures were put in place and if the fundamental principles of Islam were adhered to correctly, this tragedy could have been avoided. I believe that the pilgrims who were killed could have been returning home to their families this month alive – spiritually enlightened, happy and content – rather than in cold, wooden boxes having departed this world too soon (prayers for their souls). So, yes, I believe wholeheartedly that this heartbreaking tragedy could have been avoided altogether – it would just be nice to see someone take some responsibility, but in a country that is devoid of the true principles of Islam, I don’t see that happening.

I will leave you with this quote from the Prophet Muhammad: