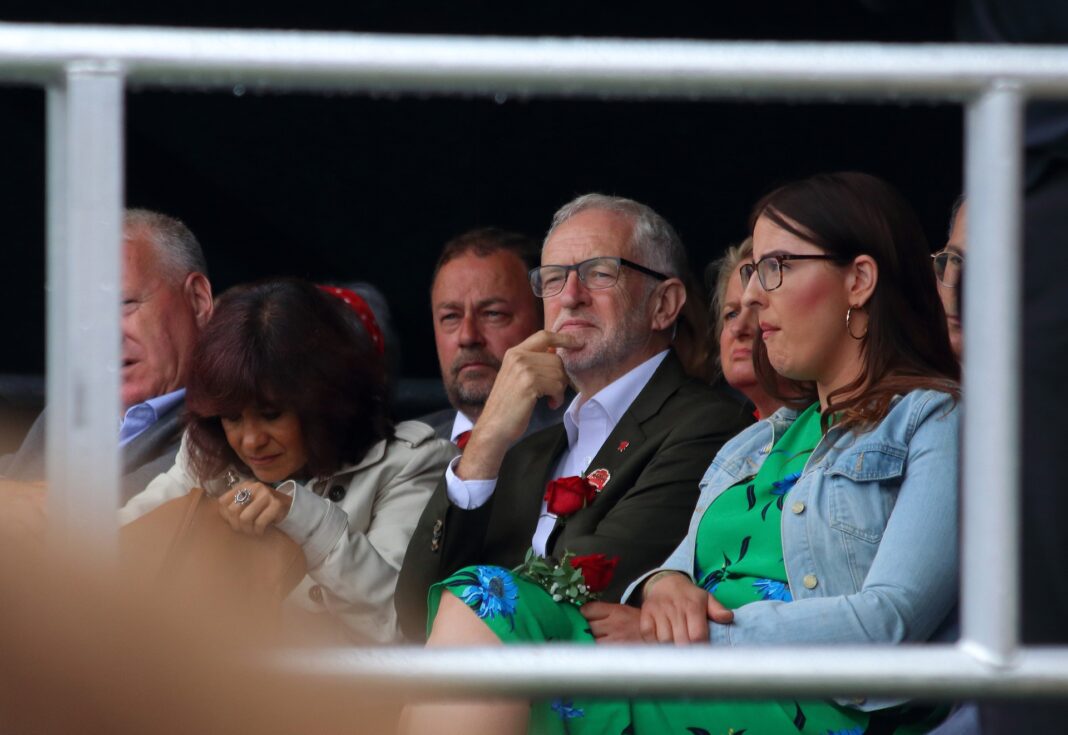 Though having never voted for the Labour Party (and I can’t imagine I ever will) Corbyn’s resounding victory is a welcome episode for leftists, progressives, greens as well as women, diaspora communities etc. His positions against Capital hegemony, trident and neo-​colonialism, and his support for renationalisation, greater worker’s rights and general people before profit orientation, have shown him to be glimmer of hope amongst a nest of market loyalists. Indeed, his first act as elected leader, perhaps unprecedented, to address a rally in support of ‘refugees and migrants’ was an indication that something had changed. However, the reason for my ‘like-​Corbyn, dislike labour’ mantra stems from an ‘optimism and amnesia’ that I do not share with other.

Firstly to misplaced optimism; that Corbyn can change the Labour Party to its ‘core values’ is one I have difficulty in accepting. ‘Change’ is perhaps a more suitable word than ‘return’ because, rightly so, ‘Corbynomics’ has attempted to adapt general antipathy toward capital into the context of 21st century liquid modernity. Those within the political and media elite that condemn his economic program as a retreat play on anachronistic anti-​socialist sentiment that derides Corbynomics as static or regressive, provoking images of concrete buildings, and grayscale conveyor belts manned by uniformly dressed workers that invaded our public conscious during the Cold-​War. Instead, Corbyn has a genuine vision for re-​inventing the future. For example, a National Investment Bank to invest in green economies and digital infrastructure’ are historically contingent policy directions that would have been seen as prophetic and irrelevant in yesteryear. So what’s the problem?

Though he has substantially challenged the reification of austerity in the popular narrative, unless he can hold together his party, he has little chance of effecting any tangible change and unfortunately, at the moment, the Labour Party is bigger than him.

Despite him spearheading a movement that is seeking to reembrace the essence of the Labour Party for the 21st Century, threats of a coup by New Labour market loyalists fundamentally prevent this from happening, perhaps illustrating an irreversible shift in the party. When senior labour party members who refuse to serve on his front bench, say that there is too much of a gulf between him and the Labour Party, what they are in fact saying is that the record number that provided the democratic-​mandate for Corbyn (because of his general anti-​austerity, anti-​poverty, anti-​war platform) is less important that the self-​important ‘I-​know-​what-​is-​good-​for-you’ egoism of the Parliamentary Labour Party politicians who arrogantly claim they know what is best for the electorate rather than primarily listening to them. This is not to suggest that we deify Corbyn and make him bigger than Labour but that it becomes a genuine party of the people not a party for the people. If Corbyn comes through on his mass democratisation of the party,​ it may dilute the influence of these usurpers but to command a sizeable and unified minority in the Commons may prove too much.

Secondly to amnesia; it may be easier for some people to forget that the Labour party destroyed Afghanistan and Iraq (and heralded the ‘war on terror’ zeitgeist). It may be easier for some than others to forget that the Labour Party were responsible for the bastardisation of millions of Iraqi children, and the ‘destabilisation’ which is now swarming Iraq. Perhaps time can heal these wounds, or perhaps these are permanent stains on a so-​called internationalist party that cannot be redeemed. It would surely be hypocritical, having socialist and anti-​imperialist orientations, to become a member of a party at the hands of which so many perished and continue to perish. In other words, they have to cease as a ‘global aristocratic labour party’ with a true internationalist orientation. Some may say that they could more vividly imagine the end of time than a truly internationalist labour party. Or perhaps suffering from this amnesia is the price to pay for re-​imagining few futures….

The task for Corbyn also involves a cultural shift, convincing people that long termism ought to trump our short term desires and delectations. He is going to have to confront the British public with some difficult historical home truths about their roles in military, economic end environmental warfare and their subsequent obligation to amend these ills. If the Labour Party does not pull this off (and I hope I am proved wrong) the left maybe condemned to a perpetual abyss in which the ordinary every day woman and man, whether rightly or wrongly, will forever associate the left with incompetence and betrayal.