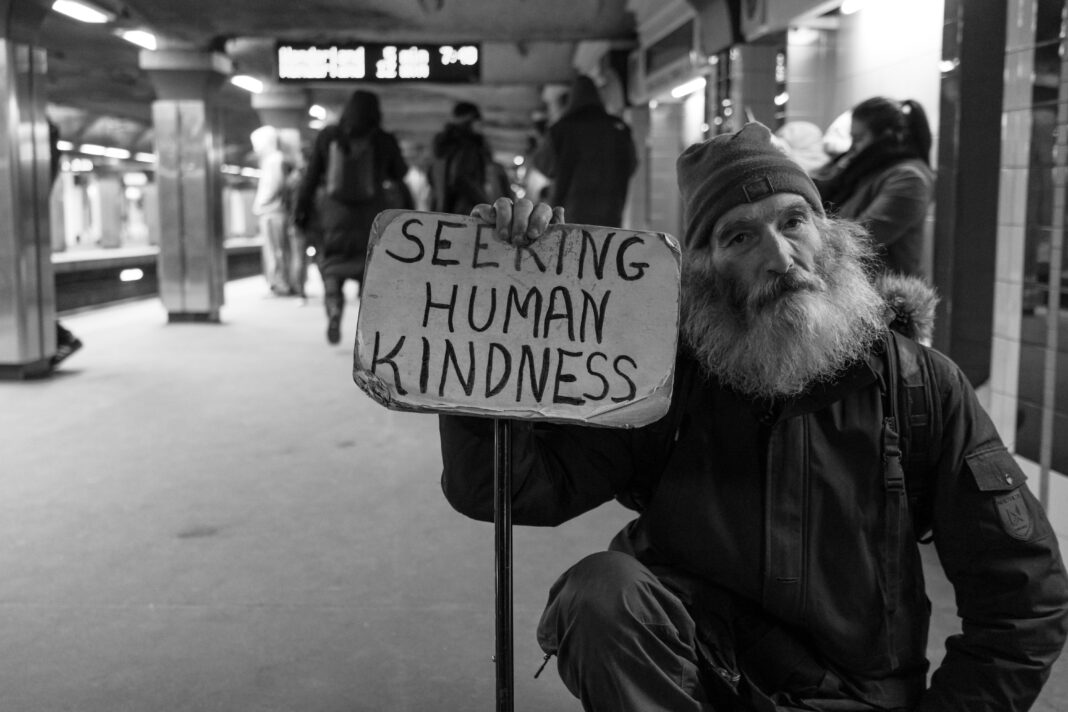 “Be kind, for everyone you meet is fighting a hard battle you know nothing of.”

I came across this quote, for what might be like the umpteenth time the other day, but this particular time it read entirely different to me.

Previously, whenever I tried to process the meaning behind the quote, I’d always automatically think of it in reference to ‘battles’ where perhaps someone may have been diagnosed with a life-changing terminal illness, or one where a person may be enduring the loss and pain of bereavement following the death of a loved one.

Here’s to each and every single one of us.

Maybe it is because recently, I have been trying to comprehend life far beyond a superficial level, or perhaps, because upon closer inspection, nearly every time I have tried to look into someone just that little bit more, what became apparent is an individual fighting something.

The truth is everyone experiences problems. But very few will be seen hoarding a sign around their neck, publicizing the stressful events taking place in their lives.

Sometimes these problems are the thoughts which carry a heavy toll on our minds for weeks and months on end, yet other times it is simply a ‘I woke up on the wrong side of the bed’ kind of day. Either way, it is the simple acts of kindness which may be the very thread that keeps someone’s courage from breaking apart on a given day, and ironically, too often we often do not have the patience nor the will to be kind to one another.

Imagine a situation where we’re walking in a shop and are met with someone who unintentionally barges right into us. Before even allowing the person to offer their apology we’ve most likely projected an angry glare and perhaps even audaciously cautioned them with a “Hey, watch where you’re going!”

But was that truly necessary? Do we know what may be happening in this person’s life?  Could it be that they have just been made redundant? Are they a single parent, absolutely on their last straw, whilst trying to raise a child with a disability alone?  Have they just received some bad news that morning about a loved one? Has somebody broken their heart? Or are they simply just a prisoner of their own mind, riddled with unnecessary worry about the present, or fears about the future?

The truth is you may not actually know what someone is going through, even when you live in close proximity to them and think you know of all the events going on in their life.  In fact, if you actually stopped and pondered, you may be bewildered by the intensity of the feelings, the fears and the unresolved subconscious issues festering in the minds of your loved ones.

To illustrate my point I will share a small story about an eight year old child that stuck with me for quite some time:

During an incident in school, two of her friends became a little ‘off’ with her, not speaking to her much and leaving her out of jokes. For the next few days she remained withdrawn and quiet at home, displaying an unusual lack of energy and appetite. Upon deeper questioning, she eventually burst into an uncontrollable jet of tears and revealed a fear that her friends don’t like her and will probably never speak to her again.

The little girl was a friend’s little sister, and as I sat there and watched, I felt like I saw the evident anxiety gnawing away in her mind; a terrified eight year-old with an irrational fear of being abandoned fuelling her thoughts, miserably wondering as to what she’d done to face the sudden wrath of her friends.

Evidently, this reflects the fact that when it comes to the struggles we face, there is no right age or a minimum severity for our problems to be validated as problems.

They say if it matters, then it is big enough to be an issue. In fact, when any negative emotions are left unattended (as is usually the case,) they ­­insidiously morph into monsters. And when this happens, fangs come out, poison spews in the form of anxiety or fear or hurt and claws take hold of the person’s mind, often making them a prisoner of their own making, resulting in an issue materialisin – when, in fact, there may not have initially been an issue at all.

Although we may not be able to alleviate another’s worries or problems, we are often too busy and too distracted to take even a moment out to truly show compassion to each other, often forgetting that others, too, may be facing hurdles in their lives or in their minds, just like ourselves – some more than others and others less than some.

However, as the beautiful month of Ramadan has dawned upon us, why not take this opportunity to alleviate the stress of those around us? When all it takes is a simple act of genuine consideration then why be stingy? Do it. Give someone older a seat on the bus. Let someone evidently in a rush to jump the queue. Be gentle before criticizing a loved one.  Tell them that you appreciate their capacity to be patient.

Serotonin is the neurotransmitters which contribute in given us feelings of satisfaction and well-being, and it is a scientific fact that acts of kindness work to boost your serotonin levels. This is essentially exactly what anti-depressants do; increasing the amount of serotonin available in your brain.

The kindest people make other people’s day just that little bit brighter and that is a worthy goal in itself. So this Ramadan, let’s start the habit of doing at least one good deed of the day – an act of kindness towards someone who can do nothing for us, for these are the very things that lift our sagging spirits and ultimately provide us with vital food for soul.