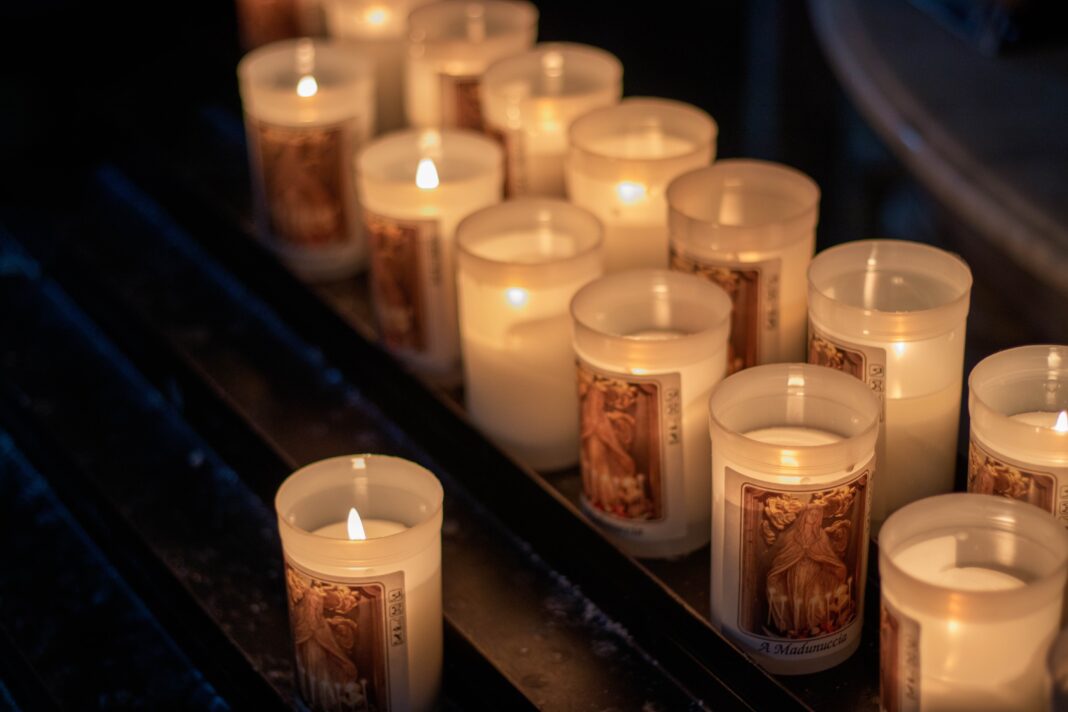 Seema Jaya Sharma, a mother-of-two from Ilford in London, passed away after a six-year battle with cancer last month. Read Sabah Ismail’s article that she wrote when she had the honour of speaking to Seema about her positive outlook on life and the crucial messages she wanted to spread to the world.

Nobody wants to die.

You see it everywhere, primarily in the beauty industry where anti-ageing creams are in abundance and posters aimed at over 50’s show completely unrealistic expectations of what you could look like when you’re that age. Everybody wants to look younger; everybody wants to feel younger and everybody will go to any extreme to make that so – because in most peoples heads, the older you get, the closer you get to dying. But why is it that the most natural part of life, just as natural as birth, is the one thing we are most afraid of? Why do we celebrate birth but commiserate death? Why are we so afraid to die?

Let me introduce you to a vibrant 38-year-old who is not afraid however, and is greeting death with open arms and her beautiful, great big smile: Seema Jaya Sharma – the lady who has already beaten cancer three times and amazed her doctors in doing so, but is now in the last stages of her life because the disease has finally taken hold with nothing more that can be done.

In May this year, Seema was told that the cancer had come back with a complete vengeance, affecting her lungs, liver and bones with an extra seven tumours in her brain – and that because of the severity of her situation, she had months, maybe even weeks to live. Anyone else in her position maybe would have broken down and awaited their fate longing pity, sympathy and attention, but not East London girl Seema. She doesn’t see herself as a victim of cancer or a victim of her situation; she doesn’t even see herself as brave. Instead, since being diagnosed with terminal cancer, she has grabbed the opportunity to spread her crucial messages to the world – and these messages are the reason I sit here and write this article today, with nothing but pure love in my heart for a person I have never even met or spoken to.

Firstly, the mother-of-two does not blame cancer nor does she see cancer as the ‘bad guy’; instead her slogan has now become “There is no war against cancer – there is a war against the food industry. Cancer is innocent.” Seema fully believes that the food we put into our bodies is what makes us susceptible to all kinds of illnesses, including cancer. She has a point. You go to the supermarket, and you see rows and rows of perfect apples, strawberries, seedless grapes and melons all year round. In the next aisle, you find packets of crisps, chocolates and sugar-laden sweets. Further down, you see tinned foods and packaged bread, which contains way too many ingredients to even be classed as bread. Practically everything you see in a supermarket which is not labelled ‘organic’ is not natural, and therefore laced with chemicals and preservatives and therefore not good for you.

But what do we do? We buy these foods; we put these foods into our bodies and into our children’s bodies and many of us do not even bat an eye. Surely all those chemicals we are putting into our bodies are bound to have some kind of effect sooner or later? Seema believes so, and believes the foods we eat are large contributing factors to cancer. It makes sense. In the UK, the lifetime risk of getting cancer has increased throughout the decades and is now at the highest it has even been – in times where genetically modified food, food preservatives and other chemically enhanced foods are most readily available. Seema’s message? Go organic, go natural, eat well and live long.

Secondly, another message that the singer and DJ is pushing has been described as controversial, but I don’t see it as such: I see it as truth. A legacy she leaves behind is the concept and philosophy of her past website, Canmates.com – a friend-finder service for friends and family of cancer patients. The reason for starting the site was her passionate belief that donating money to cancer research charities does not help cancer patients and the fact that she believes that there isn’t a cure.

“How long have we been trying to beat it (cancer) now? 50 years? I’m not even sure they’re really trying. If the pharmaceutical companies find a cure, what happens? That’s it for them. Billions of pounds a year for them gone, jobs gone. The only way you make them money is by being sick and they love making money.”

This is why instead of asking you to donate money, #CanMates, as it is now known, encourages people to go and physically help in the day-to-day living

of cancer patients; doing their shopping, cooking for them, doing the school run and even just spending quality time with them – all things that she believes actually really help people suffering from cancer, rather than sitting back and donating money towards finding a cure which, she believes, doesn’t really exist.

Seema in my eyes is an exceptional lady and has fulfilled the job that she was sent on earth to do wonderfully. Since receiving the news that the cancer was terminal, despite her pain and physical wellbeing she has been striving on the path to ensure that everything is in order for her mother Santosh and two children after her death. She has arranged her own funeral, her own wake and gotten rid of all her clothes to save her mother the pain-staking task of doing this later. She has mentally prepared her children, Kalvin, 17, and Shanti, 8, for what is soon to come and fulfilled other desires she had for them like decorating Shanti’s bedroom and helping Kalvin to find a job through her network of family and friends.

Personally, she celebrated her 38th birthday with a big party in a nightclub last month and has just released a song on iTunes that she made in 2008 after she was first diagnosed with cancer called ‘Alive’ – a positive, upbeat musical rendition of her journey and what life means to her – as well as starting and completing a book just in the last couple of weeks comprised of 4 chapters and 72 poems all beautifully expressing her journey through cancer, with particular focus on how she beat and cured her own cancer in previous years. As if all of that wasn’t enough, Seema, through her physical difficulties has been making video diaries almost every day which she has been sharing on Facebook, as well as posting regular status updates allowing us all to be a part of this part of her journey in this life, until she continues on her journey into the next.

Seema is, like I have already said, someone who I have never met or spoken to, but someone that I feel so much love for, and I feel so blessed that she was able to become a part of my life. Never have I seen positivity radiate so purely from a human being and never have I seen complete acceptance from someone of what some may perceive to be a negative situation. I can find no other way to describe her but as light, shining brightly, beautifully, never to be extinguished.

Please join me in sending prayers and blessings for her wonderful soul as she prepares to depart this world for the next. Seema Jaya Sharma – you will be forever alive in this world, we will all make sure of that.