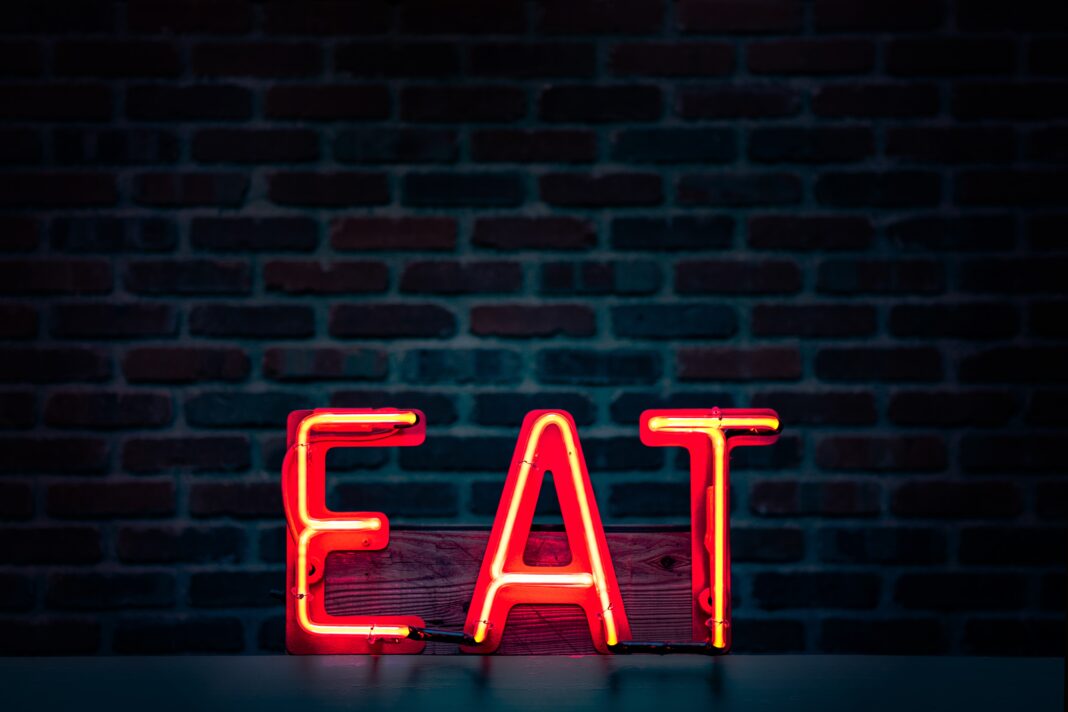 Childhood
I was six years old when I discovered my eating was abnormal in comparison to that of my age mates. There is nothing distinctive I can remember, apart from the day it all began – the first time I wretched over my food in response to stress; a reaction that would shape my coping mechanisms for the decades to come.

I wasn’t a problematic child. I did as I was told, never got into trouble at school and was a high performer. My only fatal flaw was that I never ate the way other children should. Soon, it became a matter of intense frustration and anger for my loved ones. And as time went on, I found myself being the subject of force-feeding both at home and at school.

I didn’t cry, I didn’t throw tantrums, I barely yelled about this treatment. It was a norm for most children back then – to be force-fed if they were a little fussy. There were days subdued with a grief or anxiety of some sort, where I chose not to eat at all. Not even a drop of water down my throat. Despite the force-feeding, the numerous referrals to doctors and dieticians, and the medication, there was nothing that could cure my little ailment. At the tender age of nine, I was desperate to make myself work. I committed to the medications given to me, listened intently to whatever the doctor said, tried to comply with the meal plans my mother set out. But my mind could not overcome the intensity of the nausea I experienced in violent episodes, 10-12 times a year. No matter how hard I tried, I could not stop myself from physically vomiting.

A gruelling four years of this plagued my childhood. From time to time, I woke up with periods of intense sickness in the mornings, often wretching it out till I vomited. Lunchtimes at school were mentally draining. I tirelessly searched for children with similar conditions to mine, hoping there was one out there just like me. They were able to consume their food quickly and calmly whilst I remained at the canteen, not permitted to leave till my lunchbox was clear. Sometimes I was in the playground, sometimes I wasn’t. I seldom finished my meals on time. I kept track of all my episodes in diaries that I bundled under my bed. The triggers, the dates, how long they lasted. Yet it never helped make sense of it all.

I waited very patiently to grow up, believing that when I became an adult, this would ease like it did with other children who were ‘fussy eaters’. I was promised by everyone that I would grow out of it, if I kept trying to eat.

Growing Up
And then one day, at the age of 12, I woke up to find that it had all gone. Just like that. Entering puberty, moving house and starting secondary school seemed to have miraculously eliminated my bouts of episodic vomiting. I could mark a year without having experienced it with no explanation as to why. The diaries were binned, the grief gone; it was as if it had never happened. I was elated.

For a good eight years, I led a relatively normal life. I ate out often, went out with my friends, enjoyed dinner parties and wedding dinners without feeling overly conscious or ill. A childhood plagued with Cyclic Vomiting Syndrome was almost like a brief nightmare that had passed. I had little to no recollection of my suffering and chose not to remember it either. Such as the extent of my indifference, that even when learning about various Mental Health disorders in my Psychology degree, I never once felt a sense of familiarity nor reflected that that had once been me.

The Mental and Physical Effects in Adulthood
When I turned 21 and began experiencing bouts of it again, I was visibly in denial. I was very much aware that this was a psychological issue but refused to believe that it could happen to me. I was trigged by fear, stress, grief and at times excitement, too. This time round I did not search for answers, nor did I refer myself to the GP. I rode the waves of grief, let my body rinse itself for a week and let it go back to normal when the episode had passed.

Facing the GP would be the equivalent of accepting I had a disorder and, as a Psychology student wanting to embark on a career in Psychology itself, I found this to be damning. I continued for a year till my weight fell below a point that was normal for a 22-year-old woman. My menstrual cycle was horribly affected by my haphazard diet and my petite body was the centre of scorn and rejection from the people around me. By this point I had developed Body Dysmorphia and was heavily reliant on the gym to curb what I had now accepted to be anxiety.

The subsequent year in therapy found both me and my psychologist believing that my nausea and vomiting was a rare yet possible component of Generalised Anxiety Disorder. There was no record of any of his other patients having experienced this and I found myself having to research alongside him so that we could create a treatment plan. I spent countless evenings on Google Scholar, going through various academic papers surrounding Generalised Anxiety Disorder and Disordered Eating. At that point, there was no mention of Cyclic Vomiting Syndrome and it was not a term that either me or my therapist attributed to myself. We worked on this as a natural reaction to stress and instead, focussed on tackling the way I reacted to grief and fear in a bid to reduce the vomiting.  I was frustrated but I was very hopeful of this working for me. And for around seven months, it did.

My weight was finally stabilising. My cheeks and hips were filled out, I fitted clothes a lot better and the remarks from my relatives and ex-colleagues also died out. I was able to go through stressful situations without vomiting and my episodes of nausea rarely lasted beyond the morning. I found myself having some normality at last.

CVS in a Global Pandemic
The pandemic kicked in and I handled it relatively well. Perhaps chaos and uncertainty had been very much a part of my early twenties and a little therapy had taught me to manage it well. Though frustrated by the consequences this would have on my job prospects, I coped exceptionally with the new adjustment. I exercised regularly, used this as a chance to gain more weight and worked on my writing career. At this point I was almost certain that my disordered eating had been resolved. If I could handle a pandemic, I could handle anything.

Wishful thinking led me to begin 2021 with an episode so destabilising, I almost paralysed my jaw (this was from constant vomiting for a total of 31 days). It was the first time I came face to face with the term ‘Cyclic Vomiting Syndrome’ and after years and years of suffering, me and my GP acknowledged that this was the most appropriate diagnosis. A bout that lasted a month, resulting in the loss of half a stone and leaving me with a misaligned jaw (from excessive teeth grinding), was a reality check so severe that I felt angry.

For over a month I was unable to have breakfast and lunch, for the first week I had starved. Water barely slipped down my throat unless flavoured and I found myself unable to tolerate the smell of many foods, limiting the options I had. Techniques learnt from my therapy were completely thrown out of the window at this point. I was incurable.

Diagnosing My Condition
Eating Disorders have predominantly been a diagnosis in teenage White British children. There are gaps in the literature when studying such incidences in ethnic children, and as a result, gaps in diagnosis when ethnic children are referred to the GP. The first resort is often diagnosing this as Irritable Bowel Syndrome and the usual reducing of spices, red meat and oil in the typical South Asian diet to settle the stomach. Anything extraordinary and an endoscopy follows. If it gets more complicated than that, some medications.

It was up to me, a Post-Graduate in Psychology, to take things into my own hands with both my therapist AND my GP in order to get the treatment that was right for my condition. After getting to the end of what felt like the longest month of my life – a month of trialling various anti-sickness and anti-anxiety tablets, multiple incidences of severe side effects, visits to A&E and emotional breakdowns – I sit here, six weeks later, able to write about my experience. In this period, I was forced to reflect on my childhood and reconcile with the fact that I was predisposed to anxiety and this would be with me for the rest of my life. I had to forgive the people around me for not knowing how to handle this because of the lack of cultural awareness and education during the 90s and early 2000s. More importantly, I had to forgive myself for letting this go on too long and not actively reaching out for support.