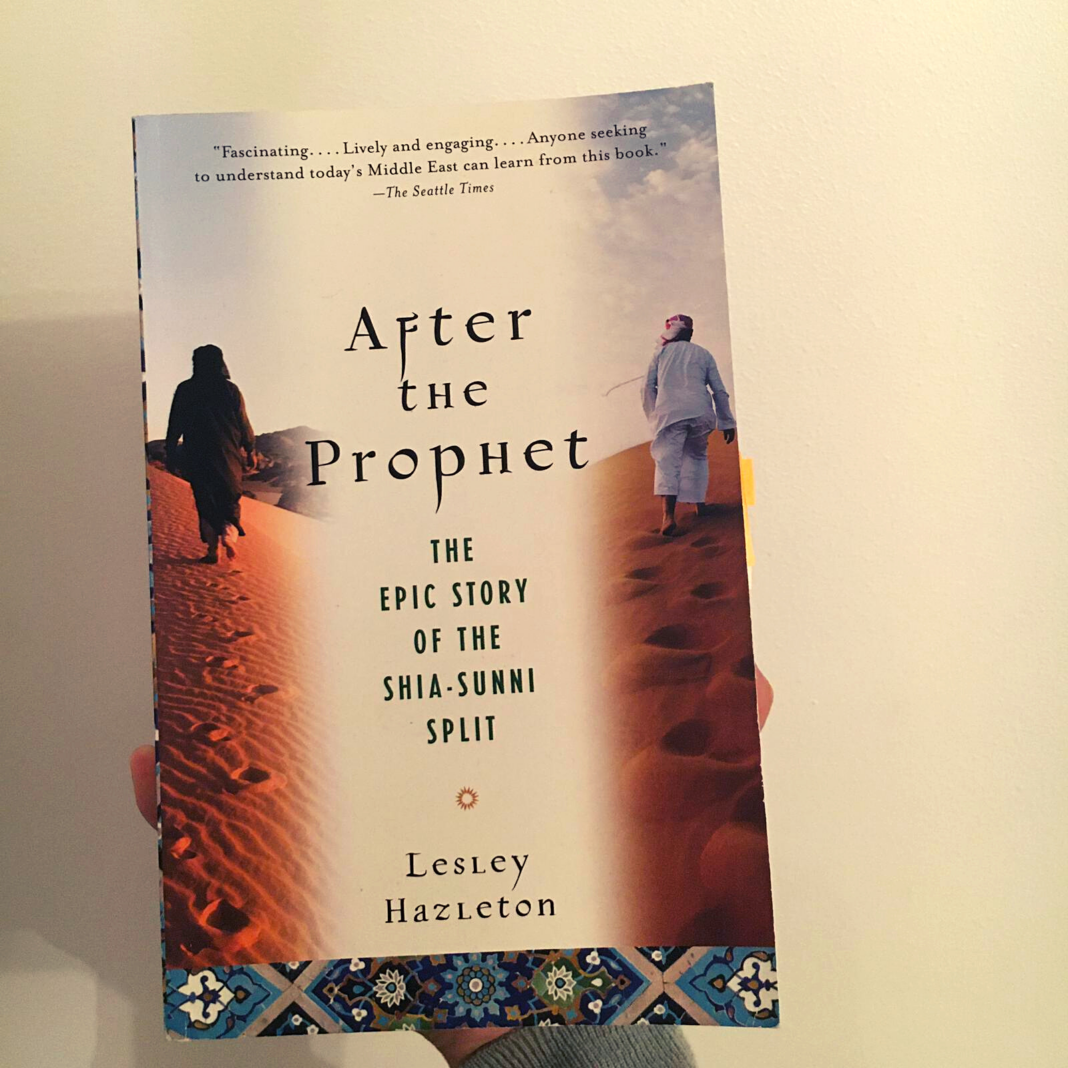 As a Sunni Muslim, I never had the chance to learn about this political split between Muslims. Whenever I would ask an elder growing up, I would get responses ranging from ‘they aren’t even Muslim, you know they hit themselves’, to ‘you know you can ask ‘so and so’ about that so stop bothering me’. As I got older, I stopped asking questions until I found out that one of my best friends from high school is Shia. As she is very dear to me, I knew I had to search for answers. I wanted to learn and hold the tools to make my own judgement of what makes me a Muslim.

The novel is divided into three main sections: Prophet Muhammad’s last days on Earth, Ali’s legacy as the Prophet’s nephew and Caliph, then finally Hussein, son of Ali thus a descendent of the Prophet Muhammad. This fact is important to Muslims who identify as Shia, as they believe that their divine right of their family lineage to the throne has been forcibly taken away from them.

Ali’s section of the book is the largest and my favourite. There was no doubt that he was the leader of the ummah (Muslim nation) during the Prophet Muhammad’s life and the Caliphate belonged to him after his death. Yet, during the death procession of the Prophet, the Caliphate was decided without the presence of all members – notably Ali.

This event, though different from Sunni resources, ultimately led to the stark divide between the Muslim community – Sunni Muslims believe the next Caliph was Abu Bakr Sidiq, the Prophet’s friend and father-in-law, whereas the followers of Ali believe that he should have been the first of the Caliphate. Ali would have to wait 25 years before he took his position to lead the Muslims as Caliph and rule for a mere 4 years.

I really appreciated this chapter of the novel. Reading about Ali’s character, his deep humility, kindness, and the way his patience was tested to the extreme, even helped me to solve many matters in my own life. He was an exceptional person.

The tragedy of Karbala was magnificent; no human can negate its significance and sacrifice. Reading about how Hussain was betrayed and made a treacherous journey with 72 people against an army of 10,000 will bring anyone to tears, filling them with a deeper love for the Prophet’s family each time.

What happened after Holy Prophet’s death is something which till date Muslims have not been able to comprehend. There are many schools of thought that believe in different versions of it. Even the great scholars of Islam talk about the meanings being obstructed and litigated; the Arabic language can produce multiple meanings to different words.

This leads me on to my next point: personally, I don’t believe that the author, Lesley Hazleton, is qualified to write about such a topic. It seems to me that, in the broader sense of things, this could be seen as propaganda to divide the Muslim community further. If an agnostic Muslim or a person who is thinking of coming to the faith were to read this book, they may very well walk away feeling confused and without a foundation. This is why, first and foremostly, it is vital for a Muslim to learn about what keeps the ummah together. What binds us. How we sit, eat and feast together. How we all pray facing one Kabah. A Muslim should build a strong foundation of the faith before they read about the divisions amongst its people.

Nonetheless, I do not believe I am qualified whatsoever to talk about such an entrenched, deep issue for the Muslim community. The split between Shia and Sunni is more on political grounds than on practices and theology. However, I do feel that the sources used for this book are bias and one-sided toward the Shia.

Overall, I believe this book will provide a starting point for readers attempting to understand a complex subject. If you want to read an accessible story book then yes, by all means, read this book. That is what I wanted, an introduction to the Shia-Sunni divide. However, if you want a serious read, there are better resources out there.